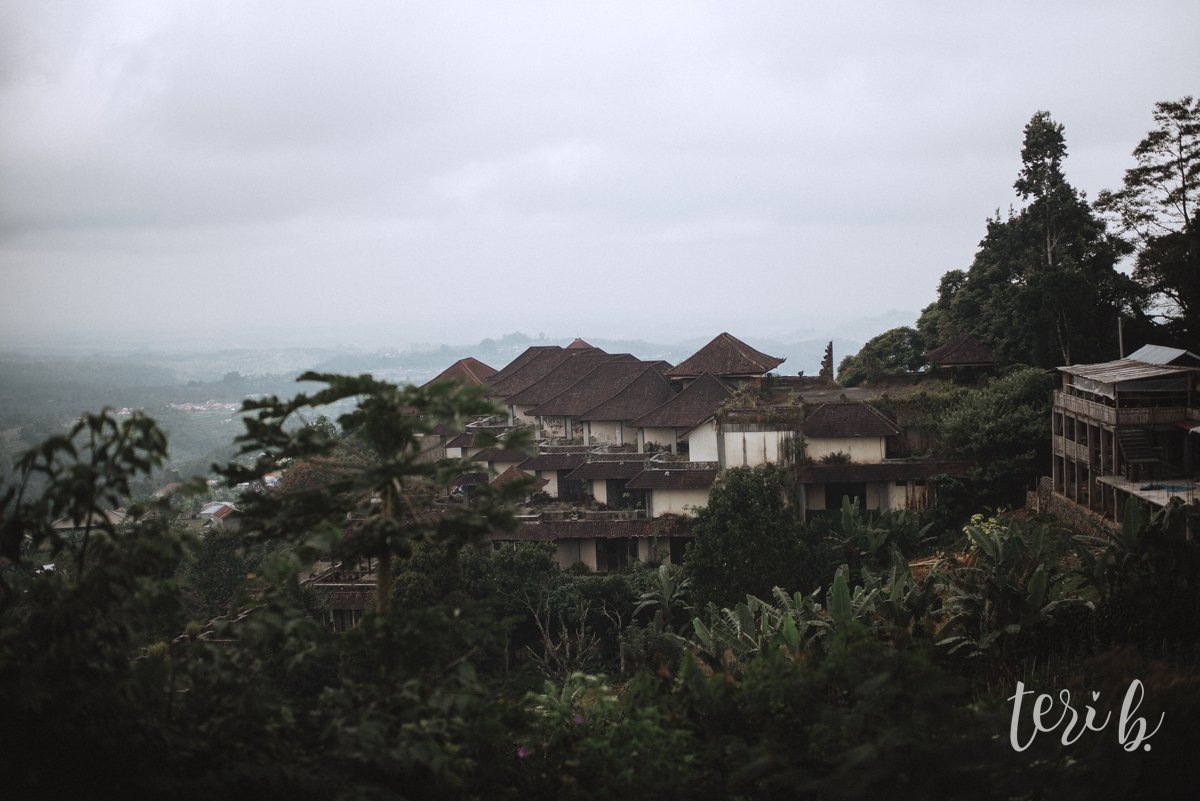 The twenty minutes I spent at this Abandoned Hotel hidden in Northern Bali made my entire trip worth it.

I have had a long-standing obsession with abandoned places stemming from my fascination with the paranormal and vivid dreams I’ve experienced my entire life.  You may remember my visit to Pripyat or the Abandoned Human Zoo outside of Paris.

Bali has a few abandoned wonders including lost planes, a number of random buildings  and a strange theme park that never was.  This hotel, nicknamed by locals as the ‘Ghost Palace’, was at the top of my list because of its magnitude, beauty and, above all, sheer mystery.

My last day in Ubud I hired a driver to take me all the way up north with the intent of seeing the famous temple gates at the Handari Golf Resort [which was truly also on my list as well]. My real intention, though, was to try to get a glimpse of the hotel.

I kept following along on my phone map as we drove further through winding jungle roads up into the mountains.  More twists and turns and then, there it was. The colossal red-roofed beauty. My jaw dropped. My driver was trying to make conversation, but I had tuned out. Unassumingly in plain sight, a majestic wonder right along the main road. I couldn’t believe it.

As I tuned back into the conversation, my driver told me it was built with corrupt money by the president’s youngest son. I knew from my research it was to be called the PI Bedugul Taman Rekreasi Hotel and Resort. One story said the investor went to jail for fraud and the project was shelved, another suggested workers died during construction and the project was cursed. One tall tale even made mention of guests mysteriously disappearing on opening night. No one truly knows what happened, but it sits alone and empty. Someone’s dream, on hold.

Though he couldn’t understand my fascination, the driver stopped and talked the security guard into letting us explore the inside. I paid him $3.5o and was given the keys to the left behind kingdom.

My tiny adventure exploring the grounds includes what would’ve been the hotel entrance, lobby, some corridors and upper exterior gardens and overlooks.  The magnificent dragon-lined staircase, partially hidden in brush and shrubs, lead up to my own private gates in this forgotten corner in the Island of the Gods.

Los Angeles Based Wedding Photographer teri b on the ig
The recipe for this session: Italian architecture,

[most] thankful. Documenting weddings has been on

Style & Grace in Italia. I also like how this ser

A Marriott had probably never looked so good. Gett

My boyfriends sister asked me to capture her weddi