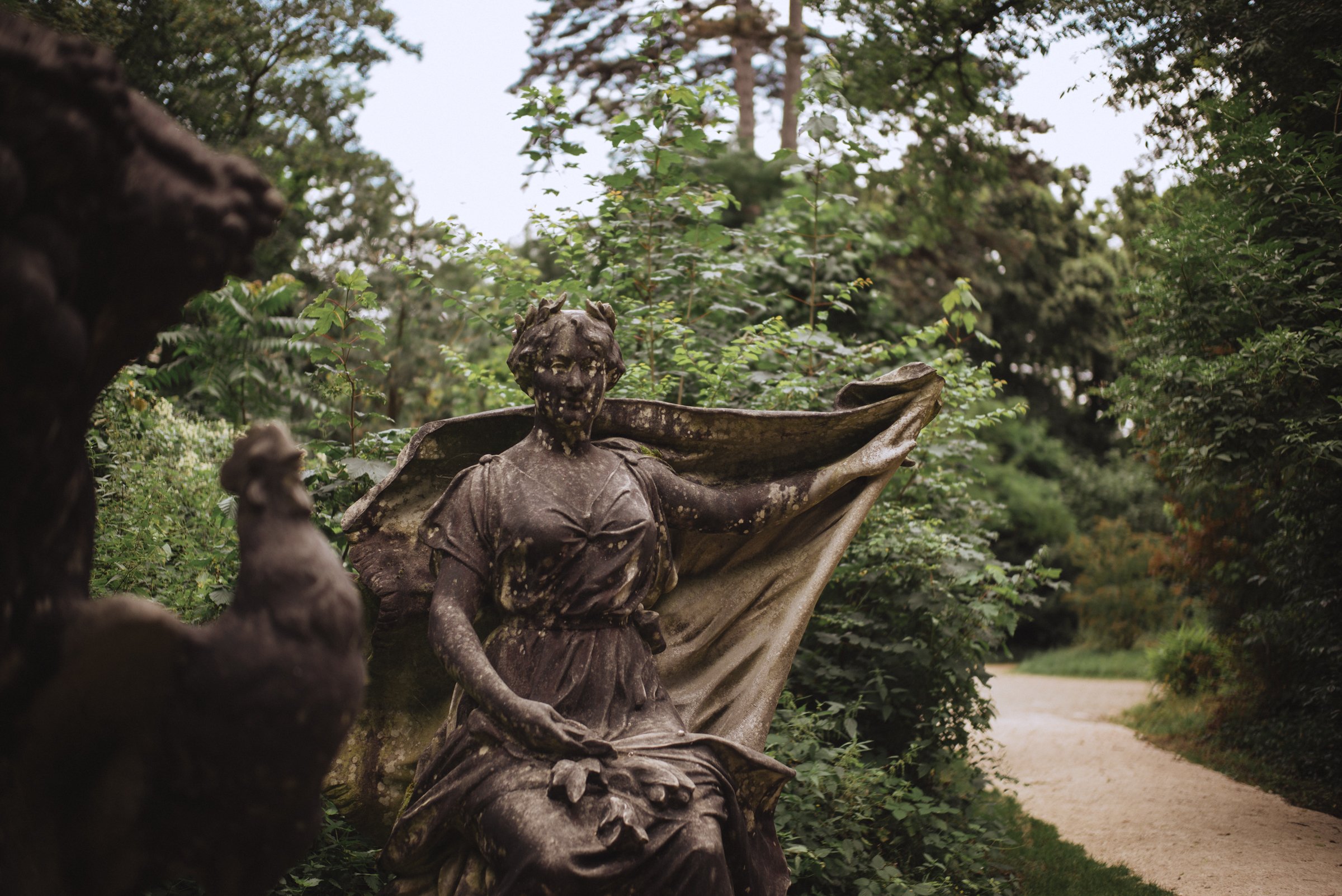 The road much less traveled captures my fascination.

Abandoned places fall into this category including a two-day visit to Pripyat and a quick stop along the hillside in Northern Bali exploring a luxurious hotel in ruins. I’ve been to a super remote, nearly forgotten theme park outside of Beijing and to the gates of the Disney rip-off Nara Dreamland in Japan. I even featured an abandoned shipwreck in one of my engagement sessions.

This story is about a nearly abandoned park in Paris.

It was my second summer living in France and a particularly painful one going through a rough breakup. I had heard about this park but give credit to my mother for pulling up the information + forcing me to get out of the flat. We hopped on the metro + made a little adventure of the afternoon.

The Jardin d’agronomie Tropicale [garden of tropical agronomy] sits in the far corner of Bois de Vincennes, southeast of the city, in what may be the quietest park in all of Paris. No big markings or remarkable symbols are rarely included on the itinerary of a tourist.  We walked through a tiny park gate and were greeted by the tall red entrance arches peeking through the trees. We had arrived at the ruins of a human zoo.

In a nutshell: The late 19th and early 20th centuries were wildly popular with what was known as Colonial Exhibitions that displayed wonders of exotic places without having to travel to remote locations.  Much like my love for abandoned places, the city people of the day were obsessed with ‘primitive’ culture. Exhibits recreated architecture and shipped in indigenous wildlife + [horrifyingly] native people. Human zoos.

The ‘negro village’ at the 1889 Paris Exposition included 400 native peoples and was one of the more popular attractions. Hamburg, Antwerp, Barcelona, London, Milan, and New York City all had versions of human zoos as a way to promote education and provide entertainment.

This particular part of the Vincennes woods had been used as a laboratory since 1889 for exploring better ways of cultivating tropical plants for growth in France. In 1907, the completed Colonial Exhibition was open. It only lasted from May to October but saw some two million visitors in that time.

The exhibit boasted replica villages so guests could see what life was like in Tunisia, Morocco, Congo, Madagascar, and the Sudan colonies. Indigenous plants and animals were shipped in as well as recruited locals.  They were paid, but not very well. Most were coxed into the roles and misled as to what they would actually be doing in France. After the exhibits closed many of the people were put into touring shows of similar purpose without their consent. Many died of diseases, were considered freaks, and went on to lead lives of agony, unable to get back to their home. Undoubtedly a weak link in history.

Walking around the quiet park was as eerie as you would imagine. It felt heavy along each path as were circled around each of the territories. It was impressive seeing 100-year-old structures left alone in the forest but also tragic thinking of the abuse here. Among the decaying pavilions and weathered monuments, there was a peace about it. My favorite was the overgrown greenhouses. There were a few locals making phone calls, strolling the grounds between their lunch breaks from offices nearby so we didn’t feel totally alone.

In my readings, I found that French people agreed that they cannot simply demolish the site as such an act would be denying it happened. Today it is very much still open to the public seven days a week. A hauntingly beautiful memorial to this dark snippet of history.

It is one of the only exhibitions of its kind still standing in the world.

Creepy but worth the visit.

When I first started playing around with photograp

Any words I pick for this post would fall short. I

I spotted this shadow once the guests went off to

On the list of ‘places I never tire of’ Sutro