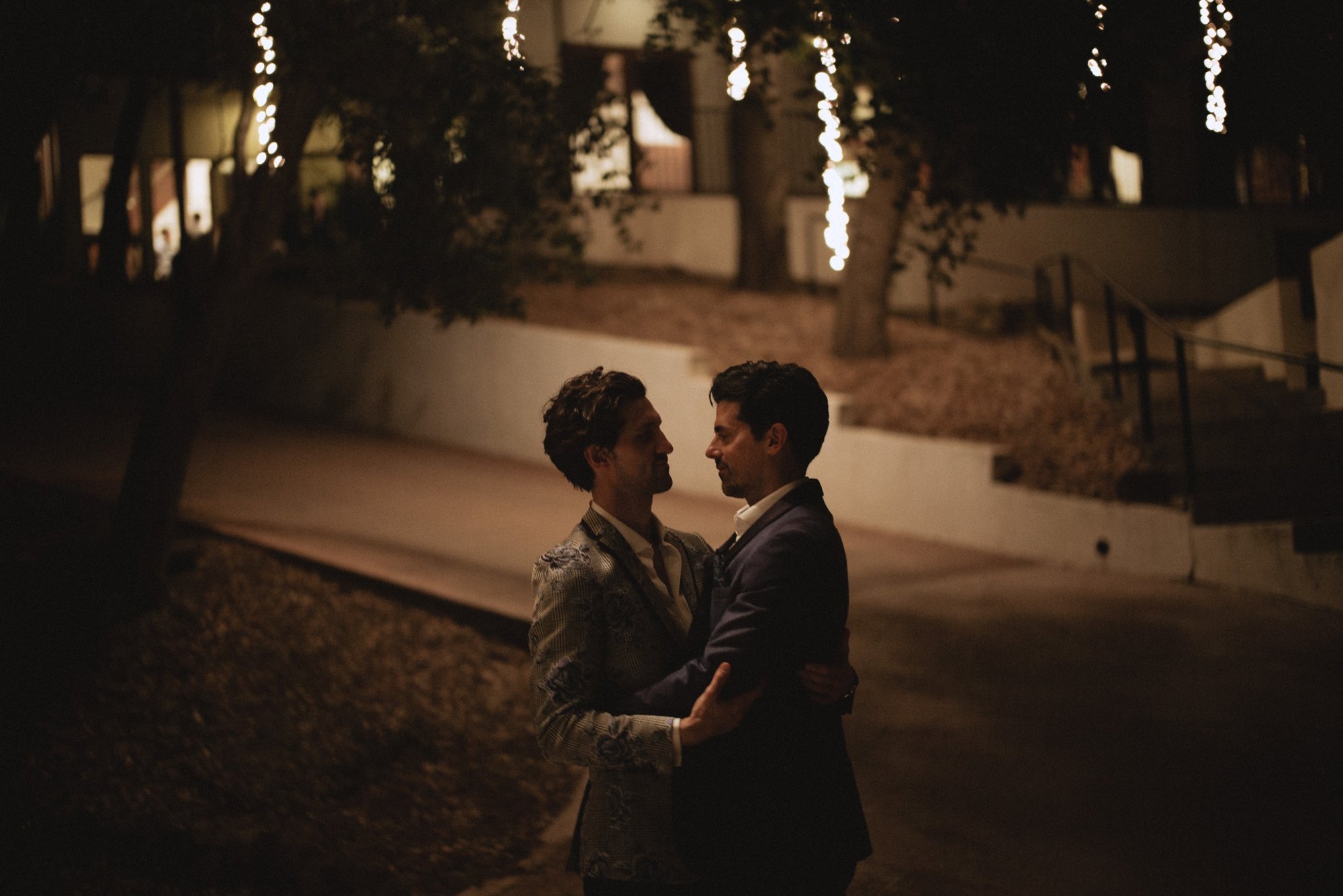 This Wedding was Featured on Men’s Vows.

Huss + Bucci arrived at a coffee shop for our first meeting along with their pup Sawyer. They were the most handsome pair, or trio rather, of men. I was more taken by their fun personalities + their genuinely kind spirits, an LA rarity. We spent the afternoon swapping stories + chatting about their upcoming wedding knowing that it would be one to remember.

These two met while doing a play. Bucci was and the lead dropped out. Instead of having Bucci play the role they brought in another actor, enter Huss. The two, could’ve been enemies that moment, became friends. Huss asked Bucci on a camping trip and from something undeniably became more apparent as time progressed.

Their wedding was at in Topanga Canyon. This layered venue is hidden in the Malibu hills and always really special since it feels so removed from the hustle and bustle of LA. It’s easily one of my favorite venues to photograph. The guys are big fans of horror films and wanted to celebrate this in the details of their day. Melissa from Blue Moon Event Planning did a wonderful job of setting everything up all around the venue spaces and making the whole event feel like an explosion of pop-culture.

I should mention that the two co-wrote a werewolf film based on their romance. This theme was heavily included in the day from a signature drink called ‘the werewolf bite’ to their bloody slashed cake to a Monster Dance Party later in the evening. I’ve never seen a wedding cake that embraced bloody horror so perfectly. Kudos to Cake Girl.

This day was a celebration of love, acceptance and the bright future ahead for these two shiny stars. Three if you count puppy Sawyer I suppose ;p

How lucky I feel to have shared in this magic.

Band: The Vaud and the Villains

When I first started playing around with photograp

Any words I pick for this post would fall short. I

I spotted this shadow once the guests went off to

On the list of ‘places I never tire of’ Sutro