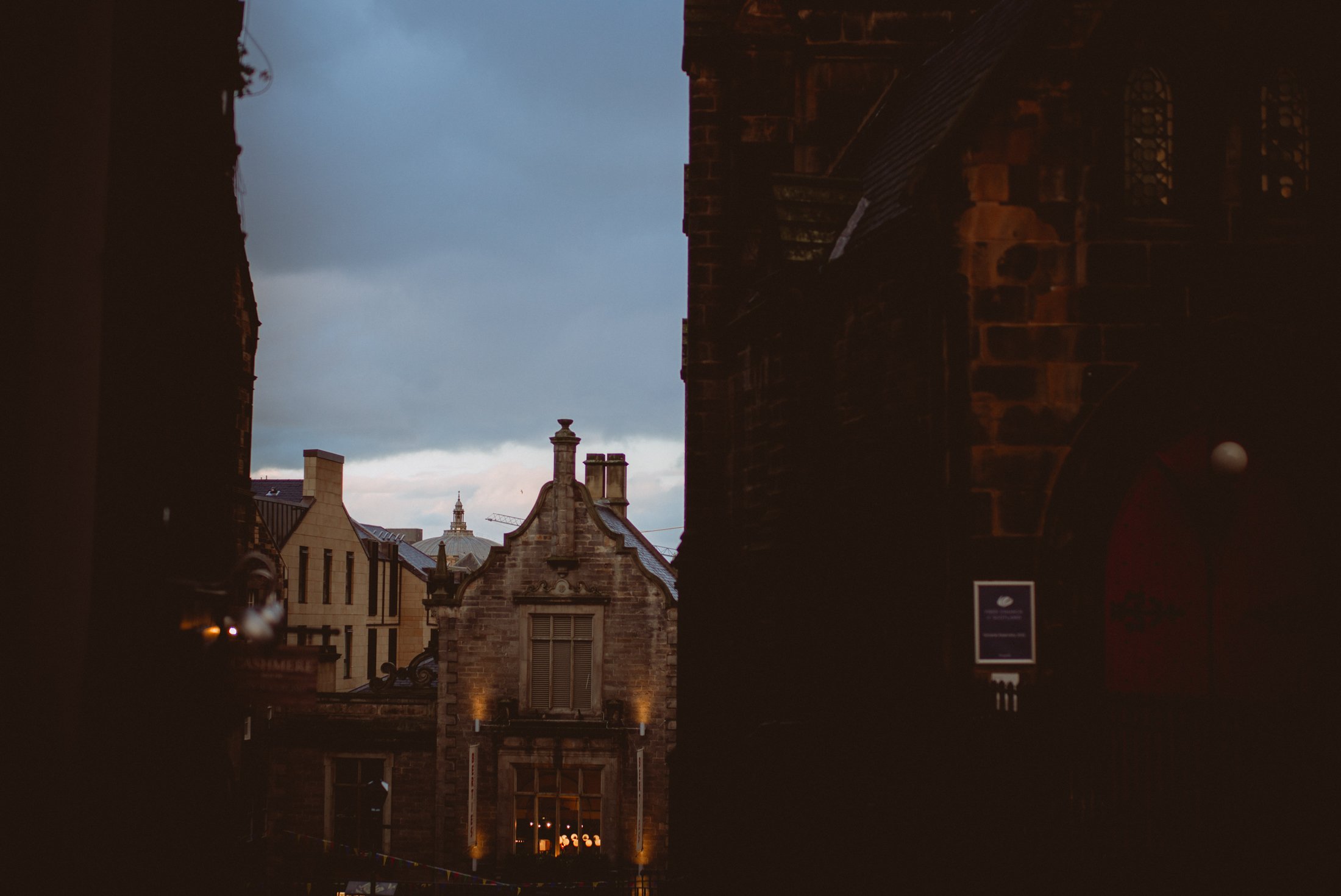 When I visited Scotland as a very young adult I was on a mission, to find the Loch Ness monster. My mom and I did the sleeper train, which was really an accomplishment to get tickets at the time, and spent two days in Inverness exploring the Loch. I knew I wanted to come back someday to see more of the countryside and visit the city with the castle on the hill.

Edinburgh is the Scottish capital, brimming with medieval architecture and old world charm. The entire city was built around their famed castle on the hill, home to the country’s Crown Jewels and the Stone of Destiny [used to in the coronation of Scottish rulers]. With layers of narrow streets and hidden passageways, the city won me over almost immediately.

This trip I did a humble 36 hours, arriving on the train from St Andrews [where I captured a beautiful wedding]. My stop was in Haymarket and I wandered to my hotel through the peaceful, quiet morning streets of the city. Not too much going on, lots to take in. It had been so long since I’ve been to Europe that even common street signs seemed charming.

After dropping my bags, I continued into the city to find a snack and to see what the heart of the city was all about. Each block brought a different kind of small adventure. When I set out to explore a new city, I like it best when I have few plans. I save points of interest or vegan foodie spots in my google maps as reference but always love finding my own way.

There’s real freedom in walking through a city you’ve never visited, taking whatever streets and alleys that whisper your name. For me, it remains one of the greatest things in my life.

I was fascinated by the architecture from wandering into the university law courtyard to the National Museum of Scotland, through the famous Grassmarket and the Royal Mile. A particular favorite was discovering what the Scots call a ‘close’, an alleyway or entry or court. Some are private property but some are a wynd, open for thoroughfare. Each one was a little different had most had some kind of beautiful view up or down to the next street. Advocates and Devil’s close were highlights, especially when I could stand in them for a while without tourists.

Summer hours in the UK make for long days and with the sun not going down til almost 10pm, I took a midday break to shower and rest. I awoke to light showers and knew it would be perfect for some evening photos.

I took the streets, now a bit more familiar to me, up to castle hill and down lawnmarket. The showers were scattered but kept the crowds away. There was only a faint bustle of late night diners and evening strollers like me. The air felt clean, ancient. This is when I really fell for Edinburgh.

As the rain stopped, one of the biggest and most vibrant rainbows emerged. People at every part of the intersection stopped to admire it. This is such a European thing. We all stared in awe, in unison at this marvel in the sky. My urge to share this moment got the best of me and I facetimed my mom so she could see too. It was incredible.

I don’t spend too much time in foreign cities by myself when it gets dark but I made it as long as I could. Grabbed some Indian food and had a wonderful little late-night dinner in my hotel.

This series brings me lots of joy and hope. As I’ve told almost anyone who will listen, Scotland is a special place. Edinburgh is absolutely enchanting.

A few things worth checking out in Edinburgh:

Greyfriar’s Cemetary [Thomas Riddle’s grave, inspired he who must not be named]

I skipped Arthur’s Seat twice but everyone recommends the view

Hotel Recommendations: The Witchery, Black Ivy [a little out of the way but posh hotel with amazing ammenties], Market Street hotel 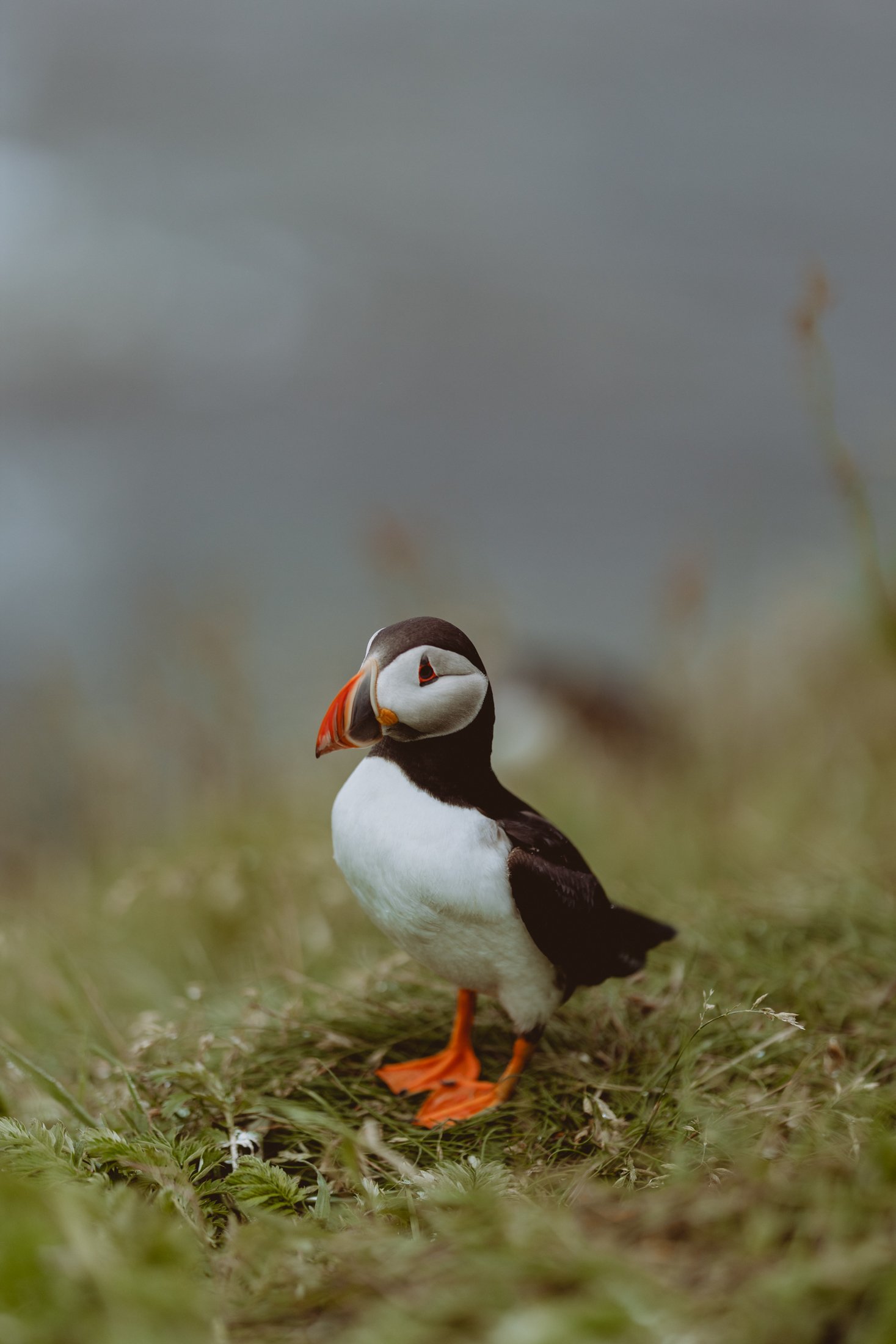 If you are interested in my Scotland collection of fine art, please follow the things below. Featuring Edinburgh, Isle of Skye and the Hebrides.